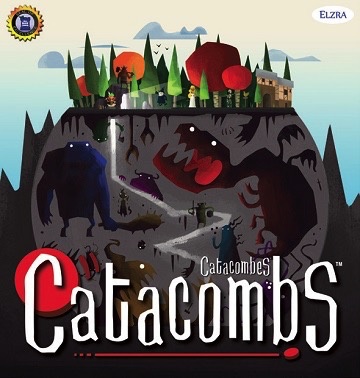 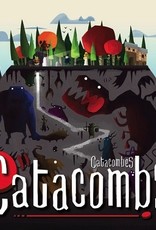 First published in 2010 and now in its third edition, Elzra’s award winning tabletop game, Catacombs, continues to attract fans from around the globe. Catacombs is a unique tabletop fantasy experience in that players skillfully flick wooden discs representing heroes, monsters, fireballs and more. Up to four players control a party of heroes who cooperatively use spells and abilities to defeat the monsters and eventually the Catacomb Lord. Players capture gold coins from fallen monsters and then use them to upgrade their heroes by buying items at the Merchant, restoring health at the Healer or trying their luck in the Tavern.