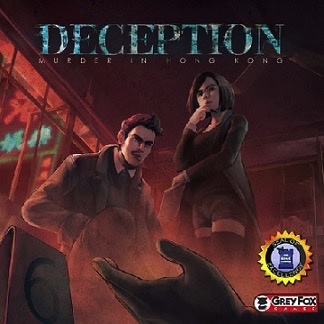 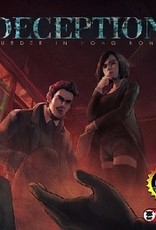 A social game of deduction and deception. Who among you can see through the lies? Who is capable of getting away with murder?

Deception: Murder in Hong Kong is a game of deduction and deception for 4-12 players which plays in about 20 minutes. In the game, players take on the roles of investigators attempting to solve a murder case - but there's a twist. The killer is one of the investigators! While the Investigators attempt to deduce the truth, the murderer's team must deceive and mislead. This is a battle of wits! Find out who among you can cut through deception to find the truth and who is capable of getting away with murder!