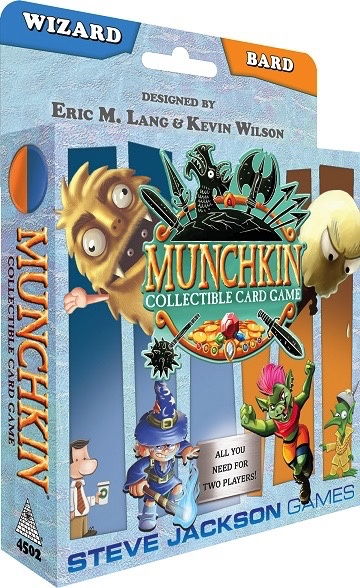 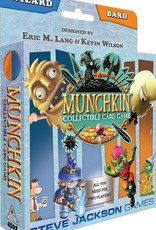 From award-winning creators Eric M. Lang and Kevin Wilson! The Munchkin Collectible Card Game is a head-to-head duel in which bluffing and cheating are part of the game!

These two magical Heroes have very different approaches to their spellcraft! The Orc Bard brings her Mischief cards back for encore after encore after . . . The Human Wizard hopes his spells hurt you more than they hurt him. Buy the Munchkin Collectible Card Game Wizard and Bard starter set and two players can fight right out of the box, or buy all three starter sets to let any two Heroes fight it out!

Each Starter Set includes two Heroes and Hero decks, plus everything else you need to start playing immediately!
Every box has one 12-card booster, which includes at least one rare or better card.
40 tokens, one die.