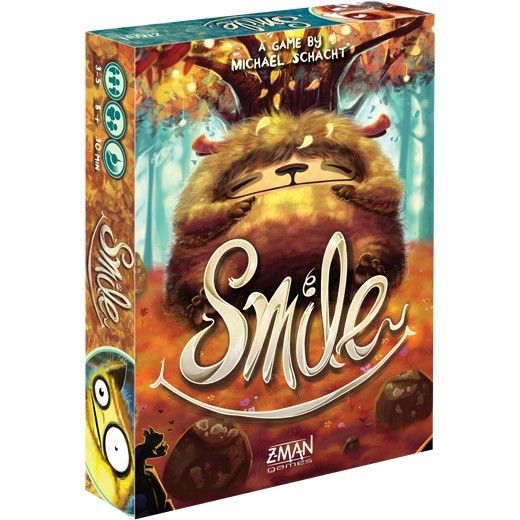 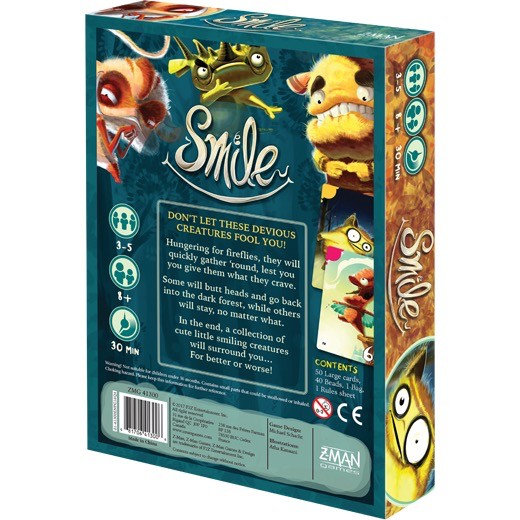 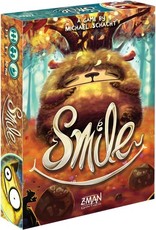 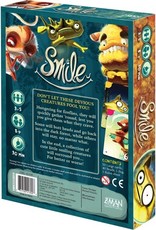 Gather the cutest collection of creatures, but beware their devious ways!

AFTER THE SUN GOES DOWN
Deep in the forest, in the dark of night, hungry creatures emerge in search of your juicy fireflies. They quickly gather around, waiting for what they crave. In Smile, a collection of cute little critters will surround you no matter what you do. It’s up to you to make sure that these creatures are worth the most points at the end of the game. Some creatures add to your score, but others reduce it. Carefully bid your fireflies each round to get your hands on the creatures who give you the highest score and avoid getting stuck with those that provide negative effects. After the last round, your fireflies will be worth nearly nothing, so spend them wisely if you want to be smiling at the end of the game.

PLACE YOUR BIDS
Each game of Smile takes place over a series of ten rounds, during which players must place beads on creature cards if they want to stay in the round. If someone backs out, they receive a card and all the beads on it. But the cards with the lowest numbers receive beads first, so getting beads back could also mean lowering your score. Craftily spend your beads to secure the most valuable creatures while playing clever tricks on your opponents to lower their score. Drain them of their beads, for instance, and deprive them of the ability to stay in the bidding in future rounds. Or you could stick them with two cards of the same color, forcing them to discard both. No matter what, everyone winds up with a collection of cute animals. Play cleverly enough and make sure the best ones are in front of you!