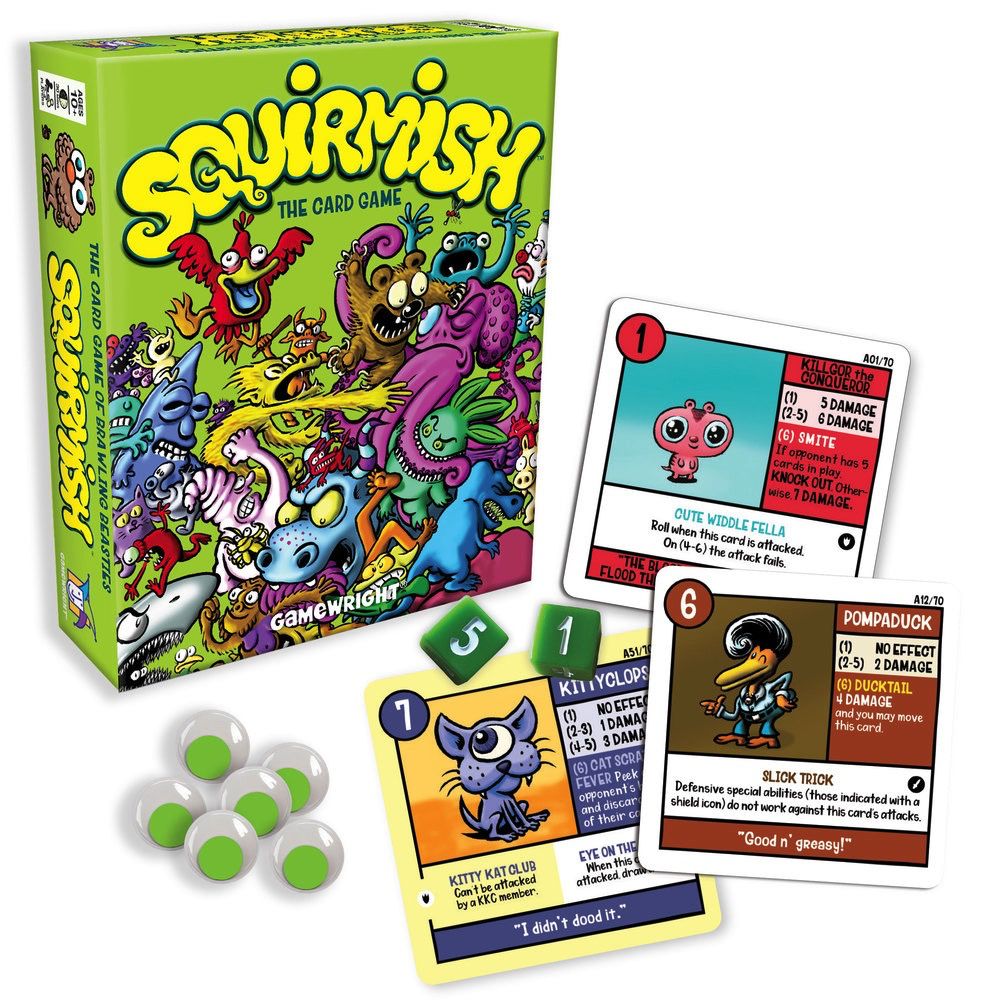 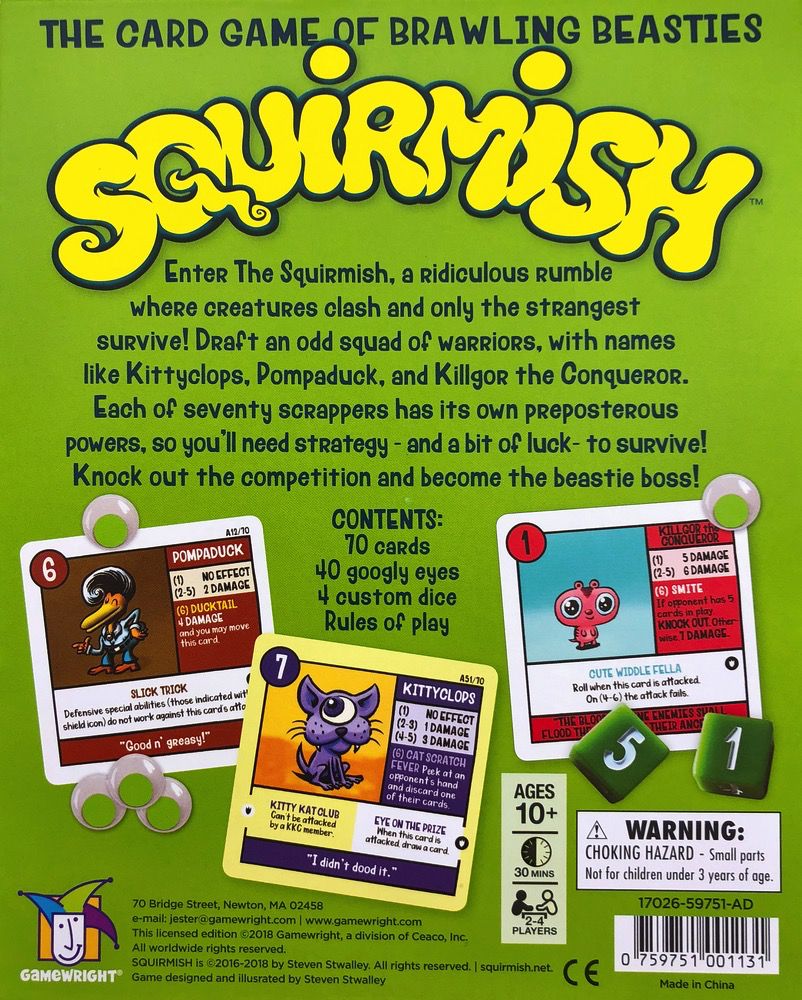 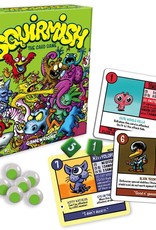 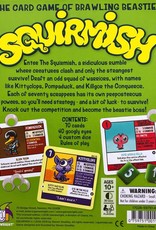 Enter The Squirmish, a ridiculous rumble where creatures clash and only the strangest survive! Draft an odd-squad of warriors with names like Kittyclops, Pompaduck, and Killgor the Conqueror. Then position them into the melee and roll to attack. Each of seventy scrappers has its own preposterous powers, so you'll need strategy - and a bit of luck - to survive! Knock out the competition and become the beastie boss.

Squirmish represents a couple of firsts for us - it's the first game we've published where the inventor is also its illustrator. It's also our first entry in the "card battling" arena. What makes Squirmish stand apart from the crowd is its unabashed sense of humor. From the cartoonish cast of characters, to their odd-ball abilities, to rules like “shout a battle cry for extra points”, illustrator Steven Stwalley created a game that oozes with the rare one-two punch of silliness and sophistication. The more you get to know the characters, the more you’ll want to come back for another round.