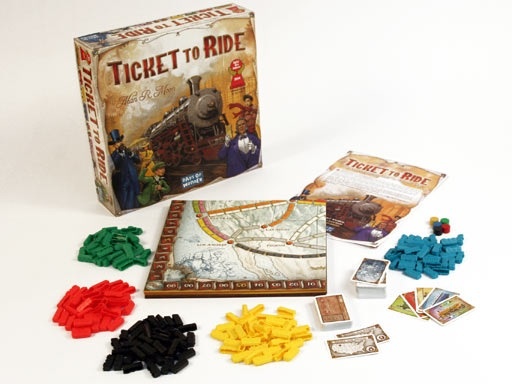 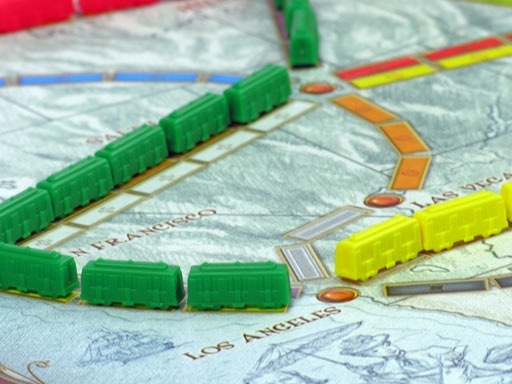 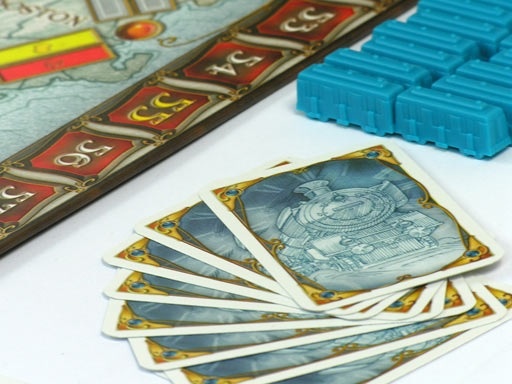 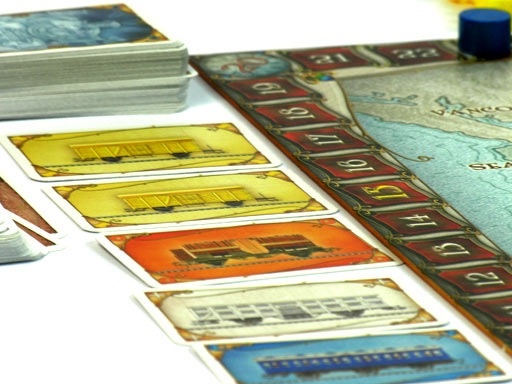 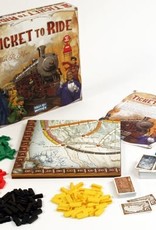 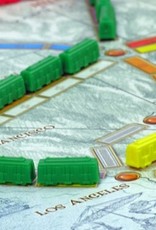 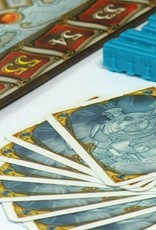 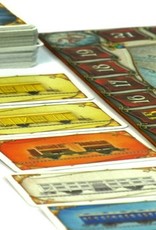 Ticket to Ride is a cross-country train adventure in which players collect and play matching train cards to claim railway routes connecting cities throughout North America.

The longer the routes, the more points they earn.

Additional points come to those who can fulfill their Destination Tickets by connecting two distant cities, and to the player who builds the longest continuous railway.

The object of the game is to score the highest number of total points. Points can be scored by:

Claiming a Route between two cities on the map;

Successfully completing a Continuous Path of routes between two cities listed on your Destination Ticket(s);

Or by completing the Longest Continuous Path of routes.

Points are lost if you do not successfully complete the route given on your Destination Ticket(s).

In Ticket to Ride, there are three possible actions a player can take during the game turn:
Drawing Train Car Cards
Claiming a Route between two cities on the board
Drawing additional Destination Tickets that will earn extra points if completed by the end of the game.