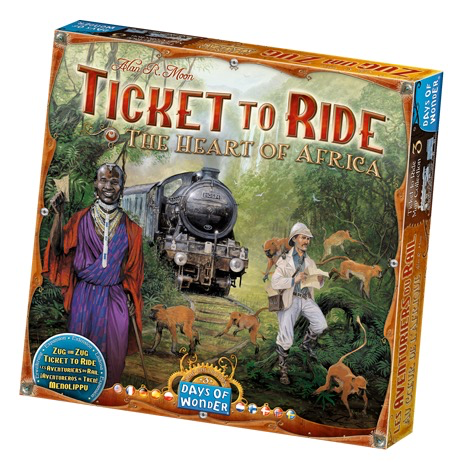 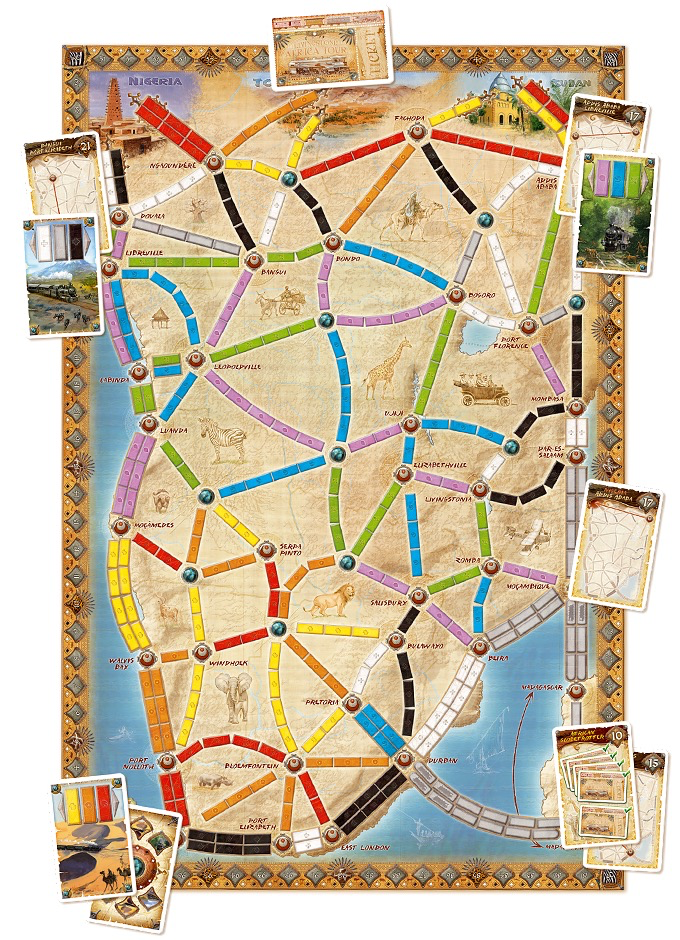 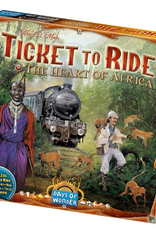 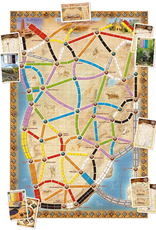 The Heart of Africa
Venture into the Heart of Africa to build routes through some of the continent’s most remote and desolate locales. Will you bolster your terrain surveying skills and local knowledge to try and establish more valuable routes – or dare to dash across the continent in a mad race to cut the game short?

Ticket to Ride: Heart of Africa was the first expansion to really change the basic game significantly. It did so in two very distinct but related ways. It added a third deck of terrain cards, giving players a choice of drawing train cards or terrain cards each turn.

But the bigger change was to the board. In all other versions of the game, I had tried not to have any city connect by more than one route of any color (except grey). But in this game, I wanted the cities to have as many routes of the same color into them as possible. This changes the way players must draw cards, and adds quite a bit of value to the wild cards, with the gold at the end of the rainbow being the extra points players score for the terrain cards.